t can be safely said that aluminum is the second most widely used metal in the world. For us at AAA Airsupport, aluminum is vital in our manufacturing of parts like roll form and aircraft extrusions Because of its physical properties, and the fact that it is the most common crustal metal on Earth, makes this fact seem obvious. However, this has not always been the case.
Copper, lead and tin have been used by humans for thousands and thousands of years. However, aluminum, wasn’t even discovered until 1808. Scientists have determined that some early civilizations used aluminum-bearing clays to make pottery, and we know that aluminum salts were also used to make dyes and medicines.

But it wasn’t until 1854 that we began to produce aluminum commercially. 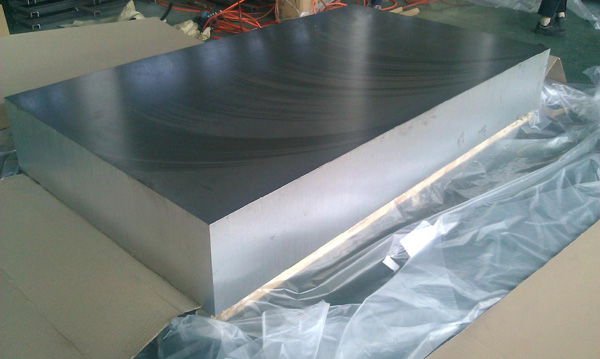 Aluminum as a “Wonder” Metal
Compared to most other metals, aluminum ranks high for having traits such as low density and low weight, relatively high strength, and machinability and malleability. In addition, unlike iron-based metals, aluminum displays a high resistance to corrosion and has high electrical and thermal conductivity.
Aluminum is used widely in almost every industry because of its versatility.
The rapidly growing use of aluminum, which consistently increased for decades, was initially stirred on by the introduction of alloys in the early 20th century. In fact, because of the wide variety of aluminum alloys, aluminum is the solution of choice for a wide range of applications.
And it was largely the booming aircraft industry of the 1930’s that spurred the rapid development of new alloys that were extremely light and extremely strong.
And three of those new alloys were 7075, 2024, and 6061. The Birth of 7075 Alloy
This alloy was originally developed in 1936 by the Sumitomo Metal Industries in Japan, which has since merged with Nippon Steel. Japan was in a full-scale wartime mode then and had begun working to develop a lightweight, high strength-to-density ratio aluminum alloy that could be used in build faster and stronger aircraft for its Imperial Navy.
The development of 7075 aluminum was done in secret, and it wasn’t until 1940 that it was used in the production of planes, specifically the Mitsubishi A6M Zero. The Mitsubishi Zero was considered to be the best carrier-based fighter of the time.
This alloy was first used in the United States and other countries in 1943 and also used extensively by the aircraft industry almost immediately. Because of its high strength-to-weight ratio, 7075 was a natural choice for the new generation of aircraft being produced by the Allies in WWII. 2024 – The Workhorse of Aluminum Alloys
2024 is an alloy that was introduced in 1931. It uses copper as its largest secondary element, which increases the strength of an aluminum alloy as well as improving precipitation hardening. Other trace elements include magnesium and manganese, both of which improves the strength of the material. Because of these added elements, it is one of the most durable aluminum alloys available.
However, 2024 does not have good corrosion resistance. In fact, having copper as the main alloy element means that 2024 is more susceptible to corrosion and is less ductile. As a result, 2024 is usually not suitable for welding.
2024 aluminum alloy is a heat treatable, high strength, and high-performance metal. It displays excellent strength over a wide range of temperatures. However, when welded it is commonly vulnerable to heat cracking and stress corrosion. 6061 Alloy Arrived a Bit Earlier
In 1935 aluminum alloy 6061 was introduced and it filled the need for a medium-strength, heat-treatable metal that possessed good corrosion resistance and could be welded or anodized. Another quality offered by 6061 is that it could be easily fabricated by extrusion, rolling, or forging.
The corrosion resistance of alloy 6061 even after welding meant that it was widely used for railroad and marine applications, and it is still used for a wide variety of products today.
Today it is among the most commonly used aluminum alloy.
Both 7075 and 6061 have their own unique characteristics. When it comes to deciding between using 6061 aluminum alloy or 7075 aluminum alloy for a project or task, it helps to understand their differences and applications, so you can balance performance with cost. Differences in Alloy Composition
The differences in composition between 6061 and 7075 aluminums are not easily visible. Both contain the same alloy agents such as magnesium, silicon, copper, iron, zinc, titanium, manganese and chromium. The critical distinction isn’t what agents are in the aluminum but rather, how much is in the material.
6061 aluminum alloy, for example, has less zinc than the 7075 material, which is by meaning that while 6061 alloys provide superior welding abilities and workability over other alloys, it doesn’t boast the same high strength and stress resistance as 7075 offers. Applications of 7075 Aluminum Alloy
7075 aluminum plate is widely used in aerospace, marine and transportation industries. This is because high strength and light weight properties are critical there. In addition to aircraft parts and components. 7075 can be found in high-end bicycles, molding materials for the plastics and tool industries, and even military applications. All of these products and components require the improved thermal properties that the 7075 alloy provides. Applications of 2024 Aluminum Alloy
Because of its high strength and fatigue resistance, 2024 is used extensively in the aerospace industry for aircraft structures, especially the wings and fuselage, which are often under high degrees of tension. 2024 is used to manufacture several parts for the transportation industry and it is also is used in many large hydraulic manifolds. Applications of 6061 Aluminum Alloy
Because 6061 aluminum is highly versatile it can be used for several structural components. For example, 6061 is used for truck frames and running boards. It can be found in mass transit and subway platforms, steps, flooring, walkways and cover plates. Many metal products such as bicycle frames, SCUBA tanks, fishing reels and even small boats all benefit from the increased weldable nature and its ability to undergo hot forging.
Because they are, however, very similar materials in most other respects, 7075, 2024, and 6061 alloys can be used in many of the same products. Depending on the demand for lower costs over higher strength, manufacturers can usually opt for the less expensive options.